In my post yesterday, I pointed out that there was nothing unusual about the weather hitting South Australia in the last few days. Hence, the inability of the State’s power network to cope with this weather showed inherent fragility that would turn away investment dollars. The State’s future is seriously in doubt – no one should think otherwise.

But some people questioned my claim that the weather was not abnormal. They may have listened to the Premier or many journalists or other climate change religionists calling this a climate change induced once-in-a-lifetime apocalyptic weather bomb (yes, those descriptions have all been used.)

I have extracted the Bureau of Meteorology weather observations for the two weather stations closest to the worst of the weather – Port Pirie and Port Augusta on Wednesday, 28th September 2016. 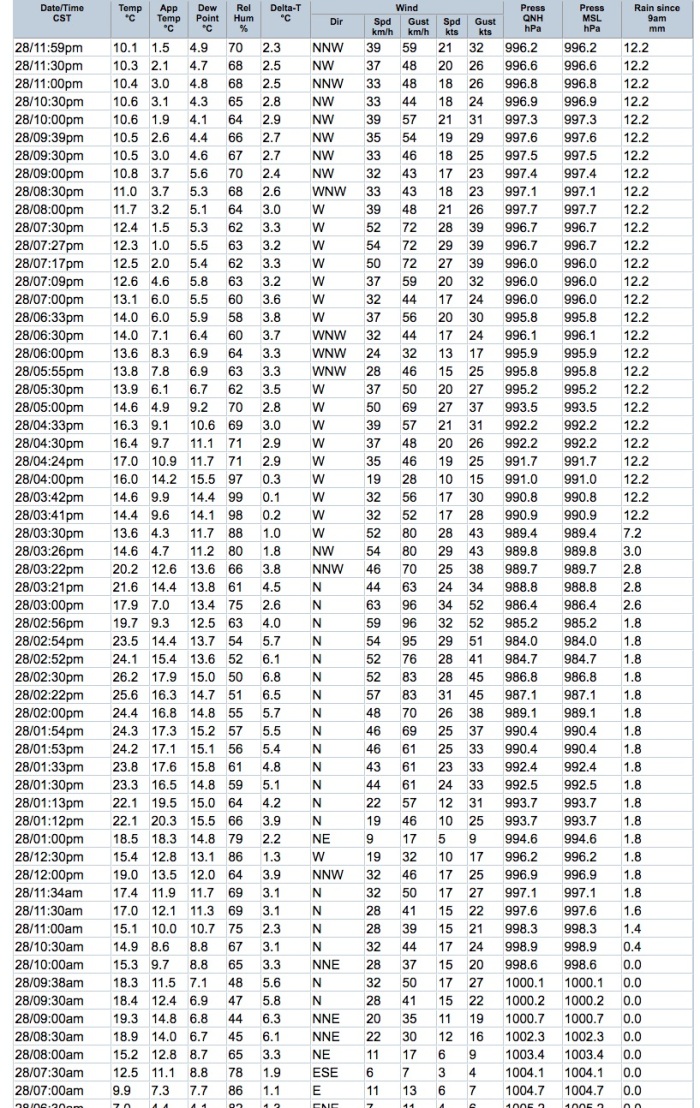 Look at the wind speed columns. In km/h, the wind speeds started rising in the early afternoon, with sustained winds of more than 40 km/h and getting as high as 63. Gusts were peaking at 96km/h.  The worst of the weather was over within about 3 hours.

Next, look at Port Augusta observations for the same day: 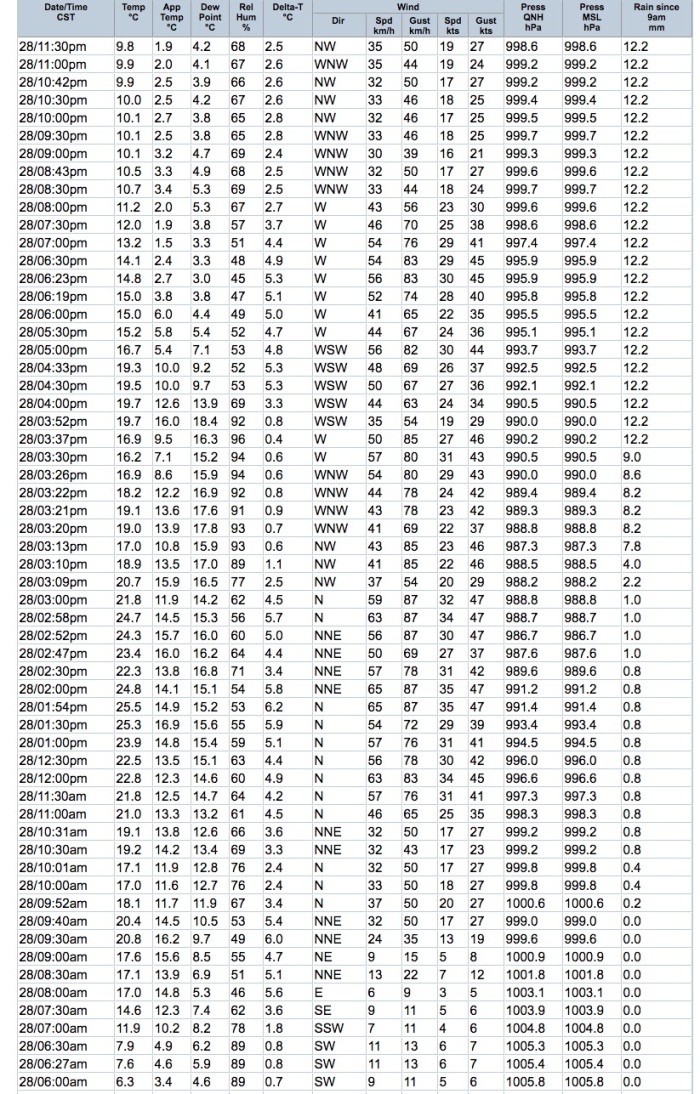 There is a similar pattern.  The worst of the weather occurred between noon and 6pm. The highest wind speed was 65km/h and highest gust was 87km/h.

Is this abnormal? No, as it happens. A brief look at BoM weather records, publicly available, confirms this.

Every month shows at least one day where the wind blows strongly, getting close to what happened last Wednesday. These conditions are not abnormal. They are not once-in-a-lifetime events. During winter and spring in the southern half of the continent, these events are better described as once-in-every-month events. When they occur, damage to house roofing, power lines, trees etc is also typical. A viable state infrastructure needs to be able to cope with weather. This week has shown that South Australia looks vulnerable.

3 thoughts on “More on the SA #power debacle – abnormal weather?”