Skip to content
HomeDutch disease – the #dollar is doing its best

The term Dutch disease refers to circumstances in an economy where one sector is highly successful, eg owing to a resources boom, which is driving up the value of the currency which in turn hurts the other sectors of the economy by making them less internationally competitive.  A variation on this theme is on display in Europe where a strong euro thanks to northern European economies, mainly Germany, hurts the southern European countries, particularly Greece and Italy. A free exchange in currency markets is a corrective stabilising mechanism but unfortunately for the Italians and the Greeks, they can no longer trade with lira and drachmas.

Anyway, look at the little Aussie battler’s value against the greenback: 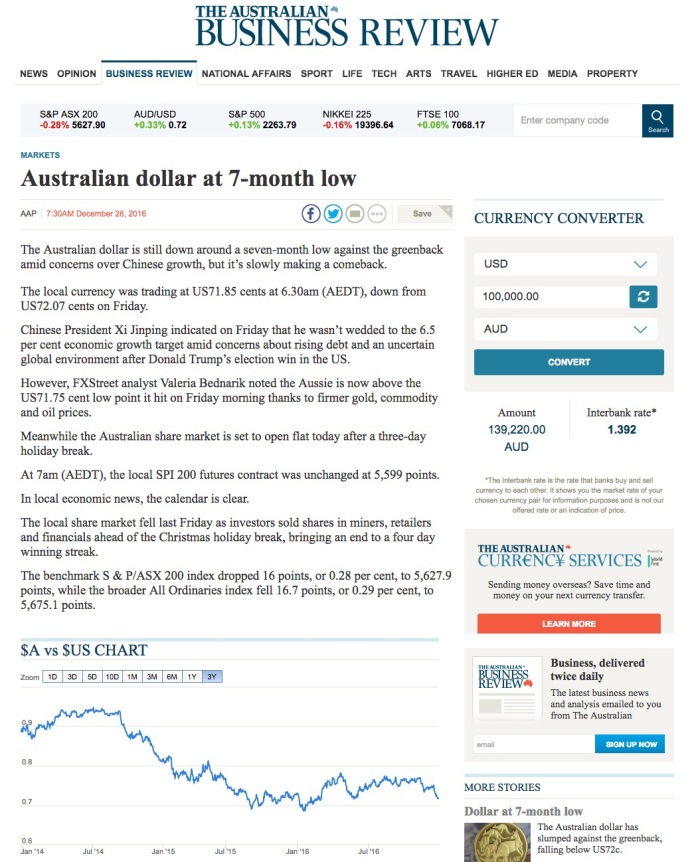 A downward trend in the A$ value against our trading partners’ currencies would make buying imports more expensive for us. But it would also make our exporters more competitive. The effects of the mining boom are slowly unwinding, although I believe the A$ needs to fall further before we see real progress.

In addition, it is not only exchange rates that make Australia a high cost country to do business: government regulation is an undue burden on enterprise which is also seriously inhibiting our competitiveness and growth prospects.